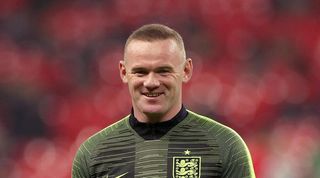 Burnley have joined Derby in the race to bring Wayne Rooney back to England, according to the Washington Post.

Rooney is reportedly in talks with Championship side Derby about a player-coach role at Pride Park.

Rooney, who moved to MLS in 2018 after a single season back at boyhood club Everton, has spoken of his desire to go into coaching after hanging up his boots.

And Burnley apparently hope to gazump Derby's offer even though they won't be able to sign him before January, as the MLS season does not finish until October.

Rooney initially intended to remain with DC United until summer 2020, but family concerns could persuade him to return to England sooner than anticipated.