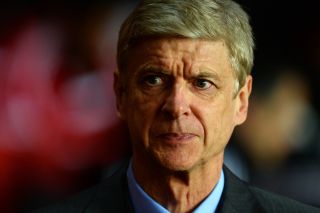 Wenger was speaking following Tuesday's 2-2 draw with Southampton at St Mary's, in which his side were frustrated by Adam Lallana's equaliser after Olivier Giroud and Santi Cazorla had overturned Jose Fonte's 21st-minute opener that gave the hosts an interval lead.

The visitors also saw Mathieu Flamini sent off for a two-footed tackle 10 minutes from time, as they missed the chance to go four points clear at the top of the Premier League.

And with news that Ramsey could now face an extended spell on the sidelines, it proved to be a bad night for Wenger.

"He had a setback yesterday in training," said the Frenchman. "I hope it's not for too long, but certainly not for Sunday's game (at home to Crystal Palace)."

Reflecting on the game itself, Wenger was pleased to have left with a point following his side's lacklustre first-half display.

"It's not enough but considering the situation at half-time, we have to be content with it," he added.

"They (title rivals Manchester City and Chelsea) have difficult games as well and we took at least a point."