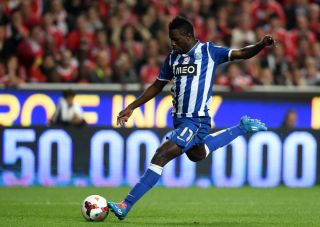 The Portugal international becomes the 10th new arrival at The Hawthorns since the end of last season after passing a medical.

The versatile wideman has 26 international caps to his name and arrives in the Premier League with a record of 30 goals from 115 Primeira Liga appearances for Porto.

"Silvestre is a vastly-experienced player, both with Porto and his national team, and I'm delighted we've managed to secure his services," said head coach Alan Irvine.

"He's got pace and power, gets his fair share of goals and is also a creator of chances for others.

"He's a fantastic addition to our squad."

Varela started his career at Sporting Lisbon, and was sent out on loan on three occasions before making a permanent switch to Estrela Amadora in 2008.

A move to Porto followed a year later, and the 29-year-old was part of the team that won the UEFA Europa League in 2011.

He joins a West Brom side who have started the Premier League season with draws against both Sunderland and Southampton.