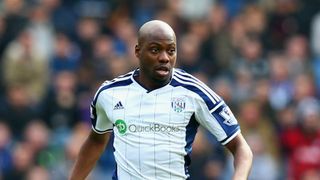 West Brom have wasted little time in kicking off preparations 2015-16 season as Youssouf Mulumbu was released shortly following the final game of the Premier League campaign after six years at The Hawthorns.

Tony Pulis' men finished 13th after 4-1 last-day defeat to Arsenal at the Emirates Stadium on Sunday, with club then announcing their retained list for next term.

Mulumbu was the most high-profile casualty. The midfielder joined from Paris Saint-Germain on an initial loan deal in February 2009 and has gone on to rack up 211 appearances for the club.

Chris Baird has also been released, while full-back Andre Wisdom is to return to parent club Liverpool after the completion of his loan.

Midfielder Claudio Yacob and goalkeeper Boaz Myhill will remain, though, after West Brom took up the one-year extension options on their deals, while contract talks are to begin with centre-back Gareth McAuley.