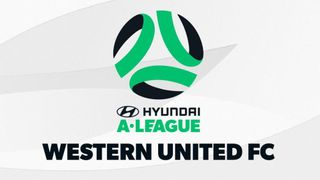 A-League's newest team will be known as Western United, it was announced on Thursday.

Set to enter the Australian competition as the 11th team in 2019-20, Western United revealed their name following community consultation and an online poll.

The club's logo and jersey design have yet to be determined ahead of their introduction next season.

"We enjoyed the process of involving the community and what emerged was a great story of nature and infrastructure," Western United CEO Maurice Bisetto said.

"The blacktop of the bitumen with the greenery of our suburbs. It seemed like a perfect combination.

"With over 160 nationalities in our catchment area we needed to let the community and the environment speak to us. And the result is great.

"We are wanting to unite the football fans of the west under these colours and the world game brilliantly transcends all cultures and languages.

"Today really signals that we are no longer a consortium, a group or an ambitious idea. We are a football club. We are Western United FC."

Western United have been active in the transfer market, signing former Greece international Panagiotis Kone as a marquee player on a two-year deal.

Australia international defender Josh Risdon will also play for the club in 2019-20 – the Socceroos full-back joining from Western Sydney Wanderers.