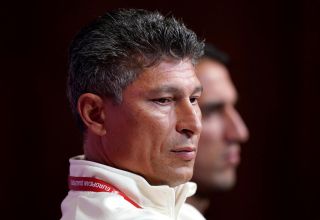 The Republic of Ireland face Bulgaria in a friendly on Tuesday evening as they gear up for next month’s crucial Euro 2020 double-header against Georgia and Switzerland.

Here, the PA news agency takes a look at what lies in wait for manager Mick McCarthy and his players.

Krasimir Balakov was appointed as Bulgaria’s new head coach in May this year, succeeding former team-mate Petar Hubchev after he stood down following draws against Montenegro and Kosovo in the first two Euro 2020 qualifiers. Capped 92 times by his country and a member of the side which finished fourth at the 1994 World Cup finals, the 53-year-old former midfielder has managed in Switzerland, Croatia and Germany as well as in his native country.

Kiril Despodov, who can play either as a winger or a striker, has been tipped to have a bright future in international football but was used only as a second-half substitute in Saturday’s 4-0 defeat by England at Wembley. Brazilian-born wide-man Wanderson, who has been granted Bulgarian citizenship after helping club Ludogorets win five league titles, started against Gareth Southgate’s men but at 31 cannot be said to represent the future.

Bulgaria’s finest hour came in the United States 25 years ago when a team which included Balakov, Hubchev, Yordan Letchkov and Hristo Stoichkov was denied a place in the World Cup finals by Roberto Baggio’s double for Italy. Defeat in the third/fourth-place play-off by Sweden was no disgrace, but a nation which has produced the likes of Stiliyan Petrov and Dimitar Berbatov has failed to qualify for the finals of a major tournament since 2004.

Balakov got his job after a disappointing start to the Euro 2020 qualifying campaign, but things have gone from bad to worse since. The two points Bulgaria – ranked 60th in the world – collected from their opening Group A fixtures under Hubchev remain the only two in their account, with successive defeats by the Czech Republic, Kosovo and England leaving them at the foot of the table on goal difference and without a win in their last eight outings.

Ireland and Bulgaria have met on nine occasions since the the 1978 World Cup campaign, and the Bulgarians currently lead 3-2 in terms of victories with both sides winning at home and losing away in European qualifiers for the 1980 and 1988 finals. The last three encounters, a 2004 friendly in Dublin and home and away World Cup qualifiers in 2009, have ended in 1-1 draws.