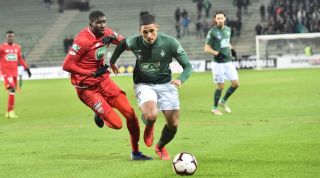 RMC Sport claims that Spurs submitted an offer worth €30 million plus bonuses for the 18-year-old on Friday morning.

The bid meets the Ligue 1 side’s demands for the centre-back, who had appeared to be on the verge of sealing a deal with the Gunners.

Arsenal must now react quickly if they want to stop their rivals from pinching the player from under their noses, as another meeting between Spurs and Saint-Etienne is set to take place on Saturday to complete the deal.

Negotiations between Arsenal, Saint Etienne and Saliba were in their very final stages - much of it already in the hands of lawyers to agree wording of contracts etc - but Tottenham have reignited their interest and are now pushing hard to get the deal completed #AFC#THFC#ASSEhttps://t.co/8uihItY3eS— David Ornstein (@bbcsport_david) July 12, 2019

The news comes as a further blow to Unai Emery, who yesterday was forced to contend with the news that skipper Laurent Koscielny had refused to travel with Arsenal's squad on their pre-season trip to the USA.