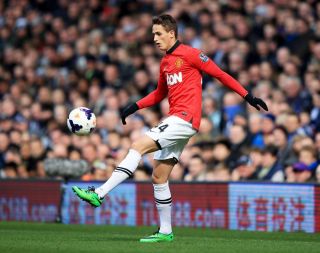 The coach revealed last week that Brussels-born Januzaj had opted to play for the country of his berth, with the 19-year-old eligible to represent a number of nations at international level, including Albania, Serbia and Turkey.

Everton's Kevin Mirallas voiced his opinion on the matter last week, claiming that it would "not be fair" for Januzaj to be included in the party to go to Brazil, but it appears Wilmots has the Manchester United youngster firmly on his radar.

"I've seen him several times," he told Le Soir. "I'd like to see him on a daily basis.

"I will include him in the 30 short-listed for the World Cup. He will be there.

"He will be part of the group at Genk (in a friendly against Luxembourg on May 26) and Sweden (against Sweden on June 1).

"Then the truth will come and he must earn his place like everyone else because I do not work with guarantees.

"What is certain is that the boy has a very interesting profile in the absence of Christian Benteke and his versatility is an asset."