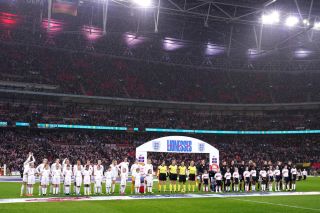 Moving the Women’s European Championship from 2021 to the summer of 2022 is a “likely option”, UEFA has said.

The competition is set to be moved following the recent decisions to push the men’s Euro 2020 tournament and the Tokyo Olympic Games back to the summer of 2021 due to the coronavirus pandemic.

The Danish football federation said agreement had been reached on a decision to move the Women’s Euro back to 2022 during a video conference call organised by UEFA with its member national associations on Wednesday.

European football’s governing body said on Thursday: “No formal decision has been made with regards to the potential postponements of the Women’s EURO 2021 and the Under-21 2021.

“The summer of 2022 is indeed a likely option but UEFA will be looking to maximise the benefits to the development and profile of women’s football and of the Under-21 when making decisions on the timings for these competitions.”

The DBU quoted director Jakob Jensen in a social media post on Wednesday, who called the move “a responsible and necessary decision”.

Postponing the Women’s Euro would also help alleviate the pressure of qualifying matches for the tournament being postponed, with the round of games due to take place in June having been indefinitely delayed.

The men’s Euro 2020 play-off ties featuring Northern Ireland, the Republic of Ireland and Scotland have also been indefinitely postponed.

The semi-final and final ties, originally due to be played last month, had initially been pushed back until June, but the decision has now been taken to delay the matches indefinitely.