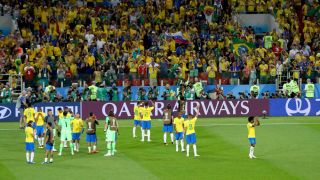 The plot to a stunning World Cup has thickened over the past week with the group stages coming to a dramtic denouement.

Although Moscow wasn't at the heart of some of the crunch encounters, it witnessed Brazil's progression and, less noteworthy, the tournament's only goalless draw between France and Denmark.

It also saw the first penalty shoot-out as Russia edged out Spain in the last 16 thanks to two Igor Akinfeev saves.

Take in the colour of the past seven days in Moscow in our Twitter moment below: