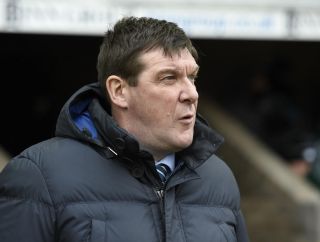 St Johnstone boss Tommy Wright has dismissed any notion that Rangers could be vulnerable after their European exploits.

Manager Steven Gerrard commented on a lack of help from the Scottish Professional Football League after their trip to Perth was scheduled for Sunday lunchtime, after Rangers beat Feyenoord in their opening Europa League group game on Thursday night.

Gerrard was keen to stress he was not complaining and his desire to have two players fighting for every position will give him options to change his team for the game at McDiarmid Park.

Rangers won five of their six Sunday matches immediately after last season’s Europa League group games, including a 5-1 win over Saints, and Wright is not expecting any ill-effects for the visitors.

Wright said: “I don’t think it makes much difference Rangers playing a European tie before facing us.

“They are well used to the routine from last season and they have a big enough squad to handle all these games.

“At this early stage of the season players are fresh and can cope with three games in a week.”