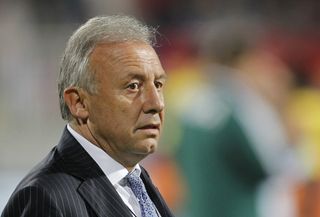 Japan became the first team qualify for the FIFA 2014 World Cup in June following a 1-1 draw with Australia.

Zaccheroni's men went on to finish top of AFC qualification Group B, but slipped to defeat in all three of their FIFA Confederations Cup matches later in the month.

The 2002 World Cup quarter-finalists suffered losses to Serbia and Belarus in international friendlies this month.

But while the Japan Football Association have admitted that they are concerned by recent results, they are eager not to make any rash decisions.

"It is a fact that (the team) did not play well but this is not a time to react nervously," Japan FA technical director Hiromi Hara said.

"We are not going to change our way of thinking on the basis of two matches."

Zaccheroni took charge of Japan in 2010 and has already enjoyed great success, leading them to the AFC Asian Cup title in 2011.