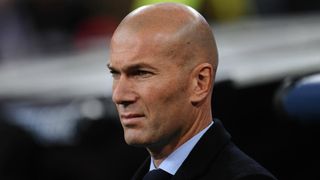 Zinedine Zidane said Real Madrid want to add the Club World Cup to the trophy cabinet before fighting to retain their LaLiga and Champions League crowns.

And Madrid are keen to secure their third title of the season, having already claimed the UEFA Super Cup and Supercopa de Espana.

"It will not be easy and last year we had a lot of problems before we managed to win it," Zidane said.

"There will not be easy games and for just being Real Madrid we are not going to win. We have time to prepare for the game and there are no excuses.

"This is the calendar and whoever we face we need to look at doing what we have to do well.

"It is normal that during the season you have ups and downs but what we have done so far is very positive. We have won two titles and we are trying to win a third.

"After this we will have six months to fight for LaLiga, the Champions League and the cup."

Madrid are fourth in LaLiga after 15 games, eight points adrift of rivals and leaders Barcelona, while the Spanish capital club are set to face Paris Saint-Germain in the Champions League last 16.