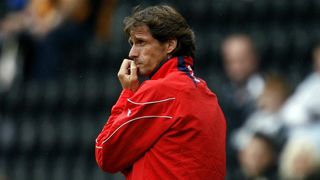 Athletic Bilbao have announced that Jose Angel Ziganda has been appointed as the club's new head coach.

The 50-year-old has signed a two-year deal to succeed Ernesto Valverde, whose departure after four years in charge was confirmed on Tuesday.

"Jose Angel Ziganda will be the new coach of Athletic Club for the next two seasons," a statement from the LaLiga outfit confirmed.

Ziganda will be presented to the media at 1200CET at San Mames on Thursday.

He spent seven years with the club as a player between 1991 and 1998 before returning as part of the coaching staff in 2011, following spells in charge of Osasuna and Xerez.

Valverde has been heavily linked with the Barcelona job, with Luis Enrique to step down after the Copa del Rey final on Saturday.