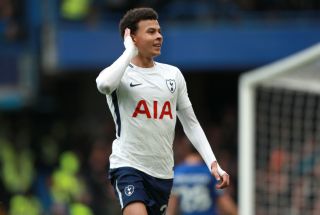 Steven Gerrard was one of your heroes – what did you admire about his game?
He was one of the best midfielders in the world when I was growing up and his overall technique was world-class. To this day I haven’t seen many players strike the ball as well as Gerrard. Plus his range of passing and shooting from distance were incredible. But the main reason I admired him so much was because of his character. It didn’t matter how big the game was, he never seemed to get phased.

Do you see similarities between Gerrard’s style of play and your own?
I think we’re similar in the sense that we both enjoy every side of the game. Gerrard loved linking up with his strikers but then you’d see him blocking a shot in his own box. I don’t just see myself as an attacking midfielder and I think Gerrard was the same. I think our main similarity would be our attitudes. He would never fear an opponent and I never go into a game frightened of a player or team.

You enjoy a tackle - do you require a hard streak to play at the top level?
The Premier League is a physical environment with some big players and strong tacklers. I’ll never back down from any challenge and I believe you need to show the opposition that you’re not scared to go in for a tackle otherwise they’ll try to get on top of you all game. But you don’t necessarily need a hard streak to succeed because every player is different.

What’s your mindset like going into a big game, and does the pressure affect you?
I go into every game with the same mindset. I have done my whole life. I don’t focus on the occasion or worry about opponents. I may study some opponents more than others, but my mindset always remains the same. My only focus is to win.

What were the biggest differences you immediately noticed between League One with MK Dons and the top flight with Spurs?
Definitely the physicality. Defenders are bigger, stronger and quicker. But the main difference is the pace of the game – I really had to adapt to that. You get much less time on the ball so your first touch needs to be on point and you need to know where your next pass is going before it arrives at your feet.

How important is positioning to be a success in the No.10 role?
Positioning is everything. Finding space can be difficult, especially against defences who play with a high line but you just need to keep moving until you find that little pocket of space between their midfield and defence.