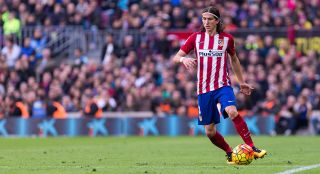 It doesn’t matter if you’re a Premier League footballer or a Sunday League casual – no player looks forward to pre-season.

Bleep tests and hill runs are a shock to the system after a summer of relaxation, but the right preparation is vital if you want to be fit for the new campaign.

Don’t believe us? Well, after we asked Atletico Madrid defender Filipe Luis if we could get away with giving pre-season a miss, the Brazil international gave us a stern warning…

“I wouldn’t recommend skipping pre-season. I played in the Copa America for Brazil and Chelsea agreed to let me miss pre-season and go on holiday so that I could rest.

This may sound insane, but I think my vacation was too long. I suffered with injury problems towards the end of the season and felt a lot of pain all over my body. The same thing could happen to you if you go straight back to playing games.

Every year I've done a solid pre-season, I have performed well and played a lot of football. For me it isn’t just important, but essential because it takes me a while to get 100% fit.

Related article: How to avoid injury during pre-season

This summer I don’t want a long holiday. I’m even thinking of not having one at all to make sure that I can train enough before the start of the season – though I’m not saying you should do the same thing!

We’re lucky to have one of the best physical trainers in the world at Atletico Madrid in Ivan Ortega. He makes sure we can play at a high intensity for 90 minutes, but he always warns us not to over train, which can cause injuries. Train hard, but in moderation.”

Get ahead in pre-season