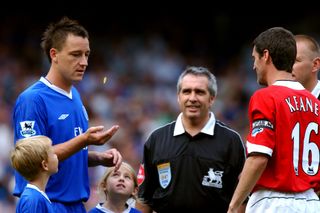 When the gaffer hands you the captaincy everything changes. And that’s with good reason too, says performance coach Steve Black, who believes a strong skipper can inspire the rest of the team.

Forget turning up late for training. Forget turning up on a Sunday morning with a hangover. Forget hiding in a game when you don't fancy it. New rules apply when you wear the armband. You set the standard for everyone else to follow.

Would this added responsiblity make you feel uneasy? Don't worry, Black has some words of advice.

"If I was trying to help a new captain the first thing I’d say is to lead by example," he says. "Make sure you turn up to training on time and when you’re there give your very best.

"I think the captain in football is much underused - sometimes it just goes to the best player and I think it should go to the right character."

Watch this video and ensure the captaincy is the making of you.

Bryan Robson: How to be the ultimate captain

Michael Ballack: The secrets to leadership