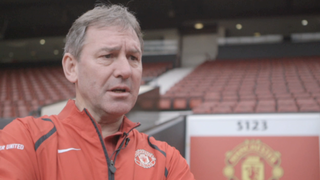 Is there anyone better placed to talk about leadership than Bryan Robson? He was know as Captain Marvel with good reason: His courage, industry and never-say-die attitude endeared him to management, team-mates and fans alike.

What was it about the midfield general that made him such an inspirational leader? FFT pulled up a pew with Robson to find out.