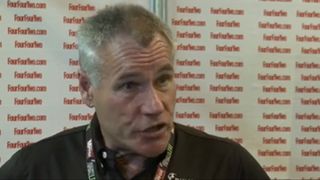 The importance of which player wears the captain's armband is a peculiar obsession unique to England. To the rest of the world it's an issue that warrants nothing more than a shoulder shrug.

In this country, slipping on the armband promotes you to the manager's field marshal. His leader out on the field of battle - leading by example, stirring the troops and passing on tactical instructions.

England's fascination with the role of skipper reaches hysteria when it comes to the national team.

David Beckham was given the role by England's caretaker manager Peter Taylor in 2000.

When he stood down as captain in 2006 after 58 caps as the armband wearer he said:  "I have lived the dream, I am extremely proud to have worn the armband and been captain of England and for that I will always be grateful."

What made Taylor pick Golden Balls for the role? In this video the England under-20 gaffer explains the qualities you should look for in a captain.