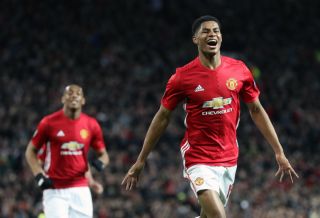 How important is mental resilience if a player wants to make it to the top?

You’re always trying to develop the end profile of a player – whether it's skills, decision-making, game understanding and obviously part of the whole package is mental strength. You must always challenge players and test them in challenging situations.

How did you develop the mental strength of players at Manchester United?

Sir Alex Ferguson would always say ‘let’s judge them when they’re losing, not when they’re winning.’ He wanted to find out what mentality they had when things weren't going well for them. Football sounds like a great life but there are so many ups and downs. You need to have the ability to stay level, so you’re not too high and too low. You need to give players the chance to practise that.

How can players train their emotional skills?

A lot of it comes from the manager. Many years ago, Bobby Charlton was promoted from the under-18 side to the reserves and played against first team players and internationals and did really well. A week later Matt Busby put him back in the under-18 side. Bobby asked him 'why am I not in the reserve team? I did really well.' Matt Busby replied: ‘You did well, you’re in our plans, but you’re in the B team.' It was a test.

In the early days, Sir Alex would go inside the dressing room at half-time during a youth team game involving the Class of '92 and he’d challenge the youth team manager and players. He’d say to a player, ‘if you don’t improve in the second half you’ll never play for our first team.’ You need to consistently test players by putting them in situations which replicate the sort of mental stress they'll face in the first team.

Is there a difference between modern players and those of 20 years ago?

I think society has changed. Players are at academies from five-years-old now. They’ve had a 10-year career before they’ve even reached the first team. The old system in English football gave players experience of playing knockout, tournament football so they became used to the feeling of going behind and having to rescue a game and overcoming disappointment – these tests builds character.

That’s one of the problems with academy football now. In one sense it’s overly professional at under-9 and under-10 level, but not professional enough when they’re 19 and 20. They play against all these players they’ve played against for years and they're not in front of a crowd or playing against first team players. At an age where it should be a simulation of the first team the standard is actually dropping down and that’s a problem with the current system.

Do you think modern academies are failing players?

I think everyone knows the last step before reaching the first team isn’t realistic enough – it doesn’t prepare players well enough to go into a first team in front of a crowd with senior players and older players. Now you can’t prove yourself to a manager in an under-23 game. Marcus Rashford is a rare example of someone who went from the under-18 side to the first team after impressing in training.  That isn’t a good model though. The manager needs to see the player tested so he can trust them when he plays them.

Marcus Rashford appears to have great mental strength, did you notice that from a young age?

I think he has a natural mental resilience and that’s been a big part of his success because he jumped age groups. The backing of his family has been huge as well. The environment was created at United, where we groomed them with the belief they were going to do it. Players expect to reach the top. When they get there it isn’t a surprise. Eric Harrison used to have a phrase ‘don’t let it be a surprise when you play in the first team.’ I don’t think it was a surprise for Marcus. We had tournaments, he did well in those. All the way along we said to him ‘don’t let it be a surprise.’ It wasn’t ‘if’ it was ‘when’ you get in the first team. It instilled absolute belief in him that he’d make it. At a club like United where there’s a history of it, the players believe they can take that next step and do well. That’s the benefit of having a culture of bringing players through. Chairmen and owners need to back managers to bring young players through.

At United we asked ourselves 'which characteristics of top footballers are missing from our players? We thought resilience might be one of them and we put together a games document and gave it to the FA in the hope we could provide our players with more opportunities to develop resilience. We wanted more knockout tournaments. We need to give them more practise in tournaments. You learn better if you play in multiple tournaments at a young age. You play under that pressure of performing in front of a big crowd; you make mistakes under conditions because you’re stressed. But you then learn from it and get used to it. You need more tournament football, indoor and out, to get used to that pressure and the crowd.

Has the FA Youth Cup helped to develop young players at United?

You can have a good run in the Youth Cup and you see the players grow. Whenever we had a good cup run we could see that - the players were engaged. In recent years they've played in front of 35,000 at Bramall Lane for one final, 38,000 at the Emirates, 20,000 at Old Trafford. That put them under great pressure and replicated the demands of the first team. You can get knocked out in that first round and that tests players. If you doctor the games programme to guarantee more tournament football under pressure situations that would be fantastic. It’s something the players, Football League and Premier League should sort out together. There are lots of good young players but they’re not getting practice in pressure situations.

Is the background of a player important in developing his character?

I don’t think the background is that important. A lot of rugby players and Olympians and footballers are from privileged backgrounds. If your family depends on your success, there’s more motivation, but it’s more down to the psychology of the person and your character. That’s formed by your environment – coaches, managers. It’s hard to generalise.

Do you think setbacks in early life are important?

I think setbacks are really important in a player’s development. If you’re not careful you can be top of the group in an academy for 10 years – you’re top dog with no chance of getting released. The skill of the coach is important to notice if they need pushing up an age group or testing in another way. There are quite a number of players at United who were late developers. They had to develop resilience and determination to stay with the group. Jesse Lingard was always very small and tinier than the rest of the group. He needed to show a lot of bravery. Michael Keane was well behind in terms of physical development. He had to show determination to get there. Some players with injuries and growth development problems, they can become the best players. They have to think quicker, move the ball quicker, read the game better and be tougher. They have to face setbacks. That can help in developing resilience. Coaches need to notice more advanced players and give them obstacles to overcome so they develop that resilience.

How did you develop leaders at Man United?

We went on a lot of tournaments abroad. We went to Kenya one year; it was like a royal visit. James Chester and Tom Cleverley were on that trip and it improved them as people. We went to HIV clinics, slums; we played in a national stadium. They were great life experiences and it was a life-changing trip. We took them out of their normal environment. It can really develop them as people. We also developed them as leaders. One day someone would have to give a speech and then another player would have to be a captain or hand over a gift, or do an interview. We gave them all a taste of what would happen in the first team.