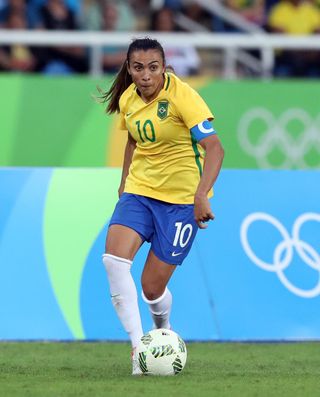 The eighth edition of the FIFA Women’s World Cup is about to get under way in France.

Here, Press Association Sport answers some key questions ahead of the tournament.

When does it start and finish?

The competition begins on Friday when the hosts take on South Korea at the Parc des Princes in Paris, and concludes with the final on July 7. That match and each of the semi-finals will take place at Groupama Stadium in Lyon, also known as Stade de Lyon. Nine venues are being used in total.

What is the format?

The 24 teams taking part are in six groups of four. Places in the last 16 will go to the winners and runners-up in each pool, plus the four teams that come highest when the third-placed finishers’ records in their groups are ranked against each other. The two beaten semi-finalists will face each other in Nice in a play-off for overall third place the day before the final.

What has happened at previous tournaments?

The United States have won the competition more than any other team – their triumph at the last edition four years ago in Canada was the third time they had claimed the trophy. The US won two of the first three tournaments, in 1991 and on home soil in 1999, with Norway being crowned champions in between. Germany won successive World Cups in 2003 and 2007, and the 2011 title was secured by Japan, who beat the US in that final, before being defeated finalists in 2015.

Who are the favourites?

Hi there 👋 Us reminding you we have our @FIFAWWC opener #Eng vs #Sco in threeeeee days! #ENGSCOpic.twitter.com/qOp5kDxvDv— Lionesses (@Lionesses) June 6, 2019

As well as the US, who top the FIFA rankings, the teams being regarded as firm contenders for the title include Germany and hosts France, ranked second and fourth respectively. There has also been plenty of talk about England as potential winners. Confidence was boosted when the Lionesses, ranked third in the world, won the four-team SheBelieves Cup for the first time earlier this year. Holland are looking to add to winning Euro 2017 on home soil.

Who are the players to watch?

*75 caps 🦁🧡* Proud to have played my 75th game for the @oranjeleeuwinnen , thanks for the amazing support yesterday and can’t wait to see you all in France!! 🔥🇳🇱 pic.twitter.com/bv9y6RFVno— Vivianne Miedema (@VivianneMiedema) June 2, 2019

Among the more high-profile attacking forces set to be on display are US striker Alex Morgan, Australia’s Sam Kerr and Holland’s Vivianne Miedema, the Women’s Super League top-scorer for 2018-19. Brazil forward Marta, named FIFA world player of the year for a sixth time last year, is the record holder for Women’s World Cup goals having netted 15 times across four editions. England, looking to improve on their competition-best performance of finishing third in 2015, have two players in their squad nominated for last year’s inaugural Ballon d’Or Feminin in Lucy Bronze and Fran Kirby, and Nikita Parris was their top scorer in qualifying. Meanwhile, there are high hopes for how Kim Little and Erin Cuthbert might fare for Women’s World Cup debutants Scotland, England’s opponents in their opening match. Ballon d’Or winner Ada Hegerberg is absent from Norway’s squad having decided in 2017 to step away from the team, unhappy with the way women’s football was being run in the country.