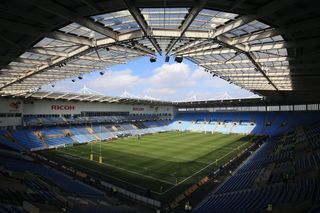 Coventry insist they remain in talks with Wasps over their continued presence at the Ricoh Arena amid a fresh twist in a long-running saga.

Reports on Tuesday suggested that club owners Sisu have complained to the European Commission after failing in two legal bids to contest the sale of the stadium by Coventry City Council to Wasps Holdings Limited.

However, the Sky Blues insisted on Wednesday that discussions were ongoing as they attempt to strike a new deal to play at the Ricoh next season.

“Talks continue with Wasps Holdings Limited regarding extending our tenancy at the Ricoh Arena.”

Wasps have always insisted that Sisu, which believes that the sale of the stadium was illegal, must drop its challenge in the courts as a precursor to negotiations over a new agreement.

The English Football League has given the League One club until Wednesday, May 29 to inform it where they will be playing their home games next season, and has told officials they do not want them to be based any further than six miles from their current home.

Coventry spent the 2013-14 campaign at Northampton’s Sixfields Stadium, some 30 miles from the city, an arrangement which prompted many fans to stay away from “home” games.

Two alternatives have been mooted, ground shares with either Sky Bet Championship Birmingham, whose St Andrews stadium lies outside the six-mile radius, and Coventry Rugby’s Butts Park, which does not.