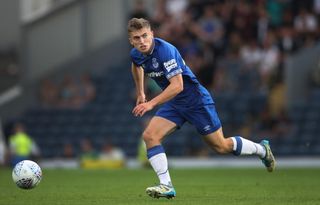 Everton defender Jonjoe Kenny will spend next season on loan at Schalke 04.

The 22-year-old right-back is currently on international duty with England Under-21s but will link up with the Bundesliga club’s new manager and former Huddersfield boss David Wagner later in the summer.

Kenny, who joined Everton’s academy as a nine-year-old, has made 40 first-team appearances for the Merseysiders since making his debut in 2016.

He made 13 appearances for Everton last season, including eight Premier League starts, covering for first-choice right-back Seamus Coleman who returned from injury in March.