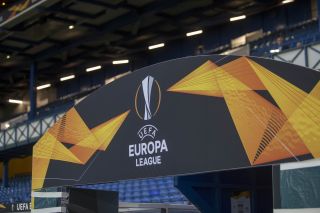 The Europa League resumes this week as the round of 16 is finally completed – almost five months after it started.

Six of the eight ties have second legs to be played while two fixtures are now one-off games.

Here, the PA news agency runs down the teams remaining in the competition.

The Ukrainian side, winners of this tournament in 2009, are leading Wolfsburg 2-1 going into the second leg. They come into the competition with some recent success, having wrapped up another league title in July.

Wolfsburg had a mixed time following the resumption of the Bundesliga in May, winning just four of their nine games to finish in seventh position. They finished their domestic league at the end of June and have had time off, but played RB Leipzig in a friendly at the weekend.

Having been in regular action since mid-May, the Danish side should be in good shape to overturn a 1-0 first-leg deficit to Istanbul Basaksehir. Copenhagen are second in the Superliga, having won their last two games.

Basaksehir can claim to be the new kings of Istanbul after they won the Turkish Super League for the first time in their history this season. Returning to action in June they consolidated their place at the top of the league with five wins from eight games.

United are virtually assured of a spot in the quarter-finals as they go into their second leg with LASK Linz with a 5-0 lead. The Premier League side enjoyed an impressive return on the domestic front, sealing Champions League qualification, and will be among the favourites to lift the Europa League.

It almost feels unfair to ask the Austrian side to cut short their summer break to complete the tie as they travel to Old Trafford with no chance of progressing. Linz have not played a domestic fixture since early July and lost their last three games.

Inter will be fancying their chances in the one-off tie with Getafe after a strong end to their Serie A campaign. Antonio Conte’s men were unbeaten in eight games, winning their last three to seal second spot and will have eyes on a first European trophy in a decade.

The Spanish side could not be in worse form heading to the San Siro as they finished their domestic campaign with no wins and four defeats from their final six games. They ended in mid-July, leaving them a tricky three-week waiting period.

Sevilla are unbeaten in any competition since February, which will stand them in good stead for their one-off tie with Roma. The Spanish side won five of their last six LaLiga games to claim fourth position so will be feeling confident.

Roma’s form is even better, though, as they won seven of their final eight Serie A games, drawing the other, including a 3-1 win at champions Juventus on the final day of the season.

The Bundesliga outfit will fancy their chances of progressing to the quarter-finals as they lead Rangers 3-1 after the first leg. Their inconsistent form after the restart cost them a Champions League qualification spot and they may be without star man Kai Havertz amid speculation over his future.

Steven Gerrard’s side played their first competitive game since their first-leg defeat to the Germans last weekend when they beat Aberdeen 1-0 in the Scottish Premiership opener. It will take some comeback by Rangers but they will be hoping they can catch their opponents cold.

Basel are in the midst of their domestic campaign so are match sharp for the second leg of their last-16 tie with Frankfurt. Even if they were not, they would still hope to get through, leading the German side 3-0. The Swiss side, third in their league, are unbeaten in six games.

The Bundesliga side have it all to do in Switzerland and will have to regain their sharpness having been off-season for the last month. They ended their domestic season well and have been in friendly action against Monaco recently.

Wolves would have been one of the sides disappointed that the season ground to a halt as the restart saw them miss out on European qualification through the league. They must now win the tournament to ensure they are playing in Europe next season and will be confident of making the next stage as they host Olympiacos for the second leg tied at 1-1.

The Greek side know all about English opposition this season, having played Tottenham in the Champions League and knocked Arsenal out of the Europa League. They romped to their domestic league title, with 91 points from 36 games, so will arrive in England full of confidence.