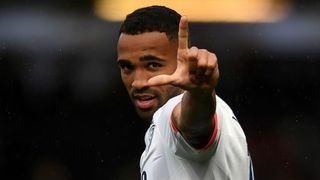 Bournemouth striker Callum Wilson has been handed a maiden England call-up for this month's games against the United States and Croatia, with former captain Wayne Rooney making his international farewell.

The Football Association announced last week that the friendly versus the USA would be played in Rooney's honour, with the ex-Manchester United and Everton star set to win his 120th and final cap in a substitute cameo.

England's all-time record goalscorer has enjoyed something of a renaissance with MLS club DC United this year, while the Wayne Rooney Foundation will benefit from fundraising initiatives at the match.

Wilson has twice had his career derailed by serious knee injuries but has been in fine form this season, scoring six times in 11 Premier League appearances to win approval from national team boss Gareth Southgate.

England host the USA on November 15 before taking on Croatia at Wembley in their final game of the inaugural Nations League.

All set for our final games of 2018! See who's in the squad for our international against the USA and clash with Croatia: November 8, 2018

Croatia beat the Three Lions in the World Cup semi-final in July before the sides drew 0-0 in Zagreb last month.

Midfield duo Fabian Delph and Ruben Loftus-Cheek, part of the Russia 2018 party but absent from recent squads, are back along with Everton centre-back Michael Keane.

Lewis Dunk provides another option at the heart of defence, the uncapped Brighton and Hove Albion player having been with the group for the October internationals.

Mason Mount was similarly present without featuring last month but Derby County's on-loan Chelsea midfielder has a foot problem this time around.

Harry Maguire and James Maddison are not available, their club Leicester City have announced.