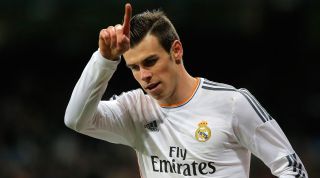 Can things get worse for Real Betis?

Granada vs Betis: Sunday 12.00 CET Follow it on Stats Zone

Still, Nono is trying to stay positive with a hefty dose of blind optimism ahead of the game. “There are a lot of points to play for, and we need to be at our best and play as we have been in the last games,” claimed the midfielder. Mmm.

How long can Bernd Schuster stay at Málaga?

Last weekend’s thrashing by Rayo, of all teams, was clearly not a great result for Málaga, who are now fully up to their necks in a relegation battle. Instead of a morale-boosting week of sing-songs and spirit-lifting games that Bernd Schuster probably never engages in, Málaga opted to take on Dynamo Kyiv in a midweek friendly. And promptly lost.

However, there is a potential change on the cards to turn a few footballing frowns upside down. Monday night’s match is a tough but winnable game at home to Real Sociedad, followed by tests against Almería, Valladolid and Osasuna - all relegation rivals. Of course, the big, flobbering ‘but’ here is what happens to Bernado if matters do not go so well in these matches.

Will it be an awkward evening for Almería at Levante?

Levante vs Almería: Saturday 18.00 CET Follow it on Stats Zone

Another goalless draw for Levante last weekend - their fifth in La Liga - had Joaquín Caparrós declaring with pride that his team are an uncomfortable bunch to play. Damn straight they are, which is why LLL will always have a love for the Valencia outfit.

Levante are a fine, 10-men-behind-the-ball hoof-it-up-to-the-front-man side, making the life of forward David Barral lonelier than that of a Getafe fan at a home game. “I’m used to it, though,” said the cause-chasing striker, “I didn’t come from Real Madrid or Barcelona, I came from Sporting which is very similar to Levante.”

Will this be Luis García’s last game with Getafe?

A five-goal flumping by Real Madrid saw the end of a very short spell in charge of Betis for Juan Carlos Garrido recently, and the same might be on the cards for Luis García at Getafe. The Coliseum club haven't won in eight league games, alerting LLL’s firing-watch to the man who has been in charge since 2011 – a very long time in La Liga.

Real Madrid come a-calling on Sunday, and a-hoping that Getafe’s slump continues a little longer. “It’s the worst opponent you could want considering the situation we are in,” admitted Angel ‘Queen’ Lafita, whose team did beat Madrid last season in their own, empty home to offer some vague hope of better-than-normal news this weekend.

Are Granada on the brink of a relegation scrap?

Granada vs Betis: Saturday 12.00 CET Follow it on Stats Zone

Granada still stubbornly refuse to live up to LLL’s bold pre-season prediction of a being a free-scoring outfit more than capable of qualifying for Europe. Instead, the team are fourth from bottom, three points from the drop zone with the same measly 20-goal tally as Betis.

The Andalusian side retreated to La Manga during the week, which is the usual haunt when a team has lost form – as Granada undoubtedly have, with three defeats in a row and just one win in seven. Sunday’s visitors are the immensely doomed Betis in a game that has Granada goalkeeper Roberto solemnly intoning that “if you want to call it a final, then it’s a final.”

How many points is a win against Osasuna worth for Elche?

Elche vs Osasuna: Friday 21.00 CET Follow it on Stats Zone

Last weekend, Elche took on relegation rivals Valladolid and it provoked some magnificent maths from Fran Escribá. “The game is worth seven [points]: three for the win, three for getting more than someone else, then there is the goal average.” In the end Elche picked up just the single point in what had previously been branded a “final”. Which makes the home clash with Osasuna some kind of 11-pointer.

Is it too late for a Champions League push at Valencia?

Sevilla vs Valencia: Sunday 21.00 CET Follow it on Stats Zone

A winter-window decluttering and the promotion of some fresher faces is starting to pay dividends for Juan Antonio Pizzi, whose team have now won back-to-back matches against Barcelona and Betis, scoring eight in the process.

This leaves the Mestalla club in eighth, on the same number of points as this weekend’s rivals Sevilla, but still a whopping 13 points away from Athletic Bilbao in fourth. Basically the answer to the question posed above is “yes”.

Will Atlético Madrid make it four defeats in a row?

Unless Atlético are aping the form of their upcoming Champions League rivals, the hopeless AC Milan, the Rojiblancos are going to need their mojo back sharpish. The Vicente Calderón club has now lost three in a row, although that figure is skewed by two games against an in-form Real Madrid in the Copa del Rey (two penalties and two deflected goals conceded).

Naturally, the talk in the Spanish capital is the eternal question of whether Atleti are already washed up. As Diego Godín points out, “this is normal as everyone is used to us winning all the time.”

Despite the injuries piling up a little, especially in the left-back position, there's a chance for Atlético to find their bearings this weekend with a game against the very thrashable Valladolid. ‘Go Team Rojiblancos’ says a pom-pom-waving blog.

A home hat-trick against Rayo Vallecano sounds like something that Leo Messi is more than capable of, especially as the Madrid club is leakier than the San Mamés roof with 52 league goals conceded this season.

Should the wee Argentine forward achieve this feat on Saturday, then he'd have beaten Alfredo di Stefano’s record of 227 league goals in 329 games. Little Leo currently has a whopping 225 from 262 games, putting him a flea’s foxtrot from an immense record for the game in Spain.

Will Gareth Bale enjoy his first taste of Getafe?

Three answers to Bale’s inevitable questions when taking to the pitch at the Coliseum this weekend. Yes it is a Primera team, no it isn’t a lower-league cup clash, and yes it is normally this quiet and empty.