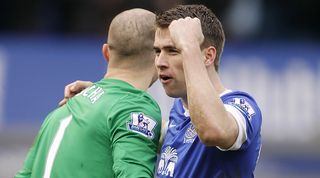 The sale of Virgil van Dijk to Liverpool will increase Stephens’s chances of playing time at Southampton, which has been limited so far this season. Saints signed the defender for £150,000 back in 2011, and the former England Under-21 international has embarked on loan spells at Swindon, Middlesbrough and Coventry before making his first league appearance for the south coast side in 2017.

Stephens, who is able to play at both right-back and centre-half, signed a new long-term deal at St Mary’s before the start of this season. Even if he doesn’t make it as a first-team regular at the club, Southampton stand to make a healthy profit on the 23-year-old.

Eddie Howe remains reliant on a number of Bournemouth players who represented the club in the lower leagues, and right-back Smith is among them.

The Tottenham academy product was sent on loan to Dean Court when the Cherries were in League One. He later helped them into the Premier League in his first full season as a permanent employee, having signed for Bournemouth when Spurs accepted a bid of £250,000 in January 2014.

Reports last summer suggested that Mauricio Pochettino was weighing up the possibility of bringing Smith back to north London, while Chelsea and Leicester have also been linked with the defender in the past.

Ward appeared to be on the verge of joining Ipswich in summer 2012, but Crystal Palace won the race for his signature by offering Portsmouth £400,000. The then 22-year-old was handed the unenviable task of replacing Nathaniel Clyne at right-back, but did so with aplomb and remains an important first-team figure at Selhurst Park five and a half years on.

The defender recently played his 200th game for Palace, a handful of which came as a midfielder under Tony Pulis. He’s also been deployed at left-back and centre-half during his time in south London, which could come to an end when his contract expires in June.

Vokes is one of only three players who have been at Burnley throughout Sean Dyche’s tenure, the striker having moved to Turf Moor three months before the ex-Watford coach’s appointment in October 2012.

The Welshman cost £350,000 – which wasn’t an insignificant sum for a mid-ranking Championship side back then – and initially struggled to force his way into the starting XI, with 33 of his 46 league appearances in his debut season coming from the bench.

Vokes hit 20 goals the following year, though, as Burnley won promotion to the Premier League. He then failed to net in the top flight but helped the Clarets return at the first time of asking with 15 goals in 43 games. Vokes has since scored 13 times in the top flight, taking his overall Burnley tally to 57.

The Rochdale-born defender swapped his boyhood club for West Brom in 2010, with £270,000 sent in the opposite direction. Dawson featured in only 21 Premier League matches in his first three years at The Hawthorns, before nailing down a place in the Baggies’ first team in 2014/15.

He’s tended to play whenever fit since the start of that campaign, though, and has long since repaid his relatively paltry transfer fee. If Jonny Evans is sold this month, Alan Pardew may choose to bring Dawson infield from right-back to centre-back.

Southampton have seen plenty of players come and go during their current stay in the Premier League, but Davis has been at St Mary’s from the start.

Signed for £900,000 from Rangers in summer 2012, the Northern Ireland international has been a reliable figure in central midfield for Saints under five different managers, playing 213 games in all competitions and helping Southampton to their highest top-division finish in 31 years (sixth in 2015/16).

Daniels scored one of the goals of the season so far when he arrowed a stunning strike into the top corner against Manchester City back in August. Kevin De Bruyne or David Silva would have been proud of such tremendous technique, but the goal was even more impressive given the man responsible cost his current club just £150,000.

Daniels joined Bournemouth from Leyton Orient in January 2012, when the Cherries were mid-table in League One. He’s been an integral part of the team ever since, playing 223 matches as the seasiders have risen from third tier to first.

The Premier League’s longest-serving player who is now in his 14th season at Selhurst Park.

Speroni cost Crystal Palace £750,000 when Iain Dowie signed him from Dundee in 2004. The Argentine goalkeeper had to remain patient early on in his career in England, playing just 15 league games in his first three campaigns, but he was virtually ever-present between the sticks from 2007/08 to 2014/15.

In that time Speroni won four player of the year awards, as well as helping the Eagles to promotion through the play-offs in 2013. A tally of 13 appearances so far this term means there are now only four men who have played more matches for Palace.

Britton played a significant part in Swansea’s rise from League Two to the Championship, making 295 appearances between 2002 and 2010. The midfield metronome then left for Sheffield United, but he was back in Wales a few months later after failing to settle at Bramall Lane.

There is some confusion over the fee involved, with Swansea initially claiming no money changed hands, but various add-ons seem to have taken the overall cost to £400,000.

Still, that remains a terrific bargain for a player who helped the Swans earn promotion, establish themselves in the Premier League and win the League Cup in 2013.

Like Charlie Daniels, Cook arrived at Dean Court when the Cherries were a League One outfit back in January 2012. Former club Brighton – the defender didn’t celebrate when he scored against Albion on New Year’s Day – received £150,000 in return, an investment that must go down as one of the best Bournemouth have made in recent times.

Cook didn’t miss a game when Eddie Howe’s men won promotion to the Premier League in 2014/15, and he played in all but two of the club’s top-flight encounters in the two seasons that followed. Still only 26, the ex-Eastbourne Borough loanee has plenty left to give.

For a long while it seemed certain that Morgan would end his career at Nottingham Forest, his hometown club for whom the defender played over 400 games. Yet although he stayed put in the East Midlands, Morgan did leave the City Ground, joining Leicester for £1m in January 2012.

Play-off heartache followed in his first full season with the Foxes, before Nigel Pearson’s side earned promotion in 2013/14. The subsequent great escape – Leicester survived relegation after winning seven of their last nine games – preceded the most unlikely title triumph in English football history, with captain Morgan becoming only the third outfield player in Premier League history to play every minute of a title-winning season.

After failing to make the grade at first club Charlton, Arter dropped down to the Conference South to launch his career in 2009/10. Bournemouth were impressed with what they saw 80 miles up the road and duly agreed to sign the midfielder for £4,000 at the end of that season – an astonishing deal for a player who’s been so key to their progress since then.

Arter took a while to get going at Dean Court and was loaned out to Carlisle in 2010/11, but he became a regular starter the following season and subsequently helped Bournemouth into the Championship. Two years later it was the Premier League.

Undoubtedly one of the best bargain buys in Premier League history: Everton paid just £60,000 to secure Coleman’s services in January 2009.

The right-back joined from Sligo Rovers after Willie McStay, who played with then-Everton manager David Moyes at Celtic, recommended him to the Toffees. Although his debut was delayed as he recovered from surgery on an infected blister, Coleman played 40 games in his first full season at Goodison Park.

The Irishman has racked up 247 appearances for Everton in total, and is currently closing in on a comeback to first-team action after recovering from a broken leg. Before that he was arguably among the league’s top three right-backs.

Vardy’s story is well known by now, but that doesn’t make it any less remarkable. The England striker was playing his football for Stocksbridge Park Steels as recently as 2010, supplementing a meagre weekly income by working in a factory making medical splints.

Two years later, Leicester took a gamble by paying non-league Fleetwood £1m for their star man – and Vardy has continued his speedy ascent ever since.

He wasn’t a guaranteed starter in his first season with the Foxes, but 16 goals in 2013/14 helped fire Nigel Pearson’s charges into the top flight. Vardy was integral to keeping them there in 2014/15, preceding an extraordinary 24-goal campaign in which he and Leicester made history by winning the Premier League.

Ranked! The 16 best Premier League players of the 1990s

The best we never had: England’s 10 greatest underachievers

Few – if any, let’s be honest – Leicester fans had heard of Mahrez when he rocked up at the King Power Stadium in January 2014. Four years on, the winger is indisputably one of the greatest players in the club’s history.

Although guilty of consistency in his first Premier League season of 2014/15, Mahrez was sensational as the Foxes won the title in 2015/16, and his decline the following campaign wasn’t as terminal as many claimed.

Mahrez could be on the move this month, even if recent reports that suggested he was on the verge of joining Liverpool were wide of the mark. Even if Leicester do lose him, the fee involved will be substantially more than £450,000. Or even £45m at this rate.