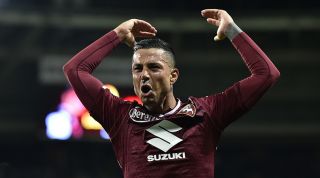 Unai Emery helped to launch Kimpembe’s career during his time as PSG boss, handing the youngster 28 appearances in 2016/17. The Spaniard therefore knows the defender’s qualities more than most, and PSG could be open to offers after the 23-year-old’s somewhat disappointing season last term.

A change of environment could do the France international good, and he would certainly strengthen Arsenal’s rearguard. Previously labelled the “future of French football” by ex-Gunner William Gallas, Kimpembe would represent an astute addition.

Torino ultimately fell short in their bid to qualify for Europe last season, but they did end 2018/19 with the fourth-best defensive record in Italy’s top tier. Much of that was down to the performances of Izzo (main image), who excelled following his move from Genoa last summer.

The Italian reads the game well and is rarely caught out of position, and it should be relatively straightforward for Arsenal to prise him away from the Serie A side. Izzo is a player who seems to relish the traditional acts of defending – something the Gunners have long been crying out for.

Atletico Madrid have been heavily linked with the Espanyol defender but appear unwilling to meet his £36m release clause. That gives other suitors an opportunity to jump to the front of the queue, and Arsenal should consider submitting an offer for the 24-year-old.

Such a fee would eat into the Gunners’ relatively small transfer budget, but Hermoso is a talented centre-back with his best years ahead of him. He’s out of contract in 2020 but could also be out of Arsenal’s reach in 12 months’ time, with several European heavyweights likely to be vying for his signature.

Arsenal once made a habit of plucking young gems from France and turning them into top-level superstars. Saliba is the latest Ligue 1 youngster to have been linked with the north Londoners, who reportedly kept tabs on the 18-year-old throughout last season.

At such a tender age it’s important that Saliba isn’t hailed as an instant answer to Arsenal’s defensive problems. This would be a wise investment, though, with the Saint-Etienne stopper possessing the speed, technique and composure that was often lacking in Emery’s backline last time out.

Cahill bid farewell to Chelsea at the end of last season, bringing down the curtain on a seven-year stay at Stamford Bridge. His final campaign was a frustrating one, with the ex-England international restricted to just 22 minutes of Premier League, and at 33 his best years are clearly behind him.

Nevertheless, Cahill’s leadership and trophy-winning experience – he won two Premier League titles, three domestic cups and three European pots in west London – would make him an invaluable addition to an Arsenal side where “there is not enough pressure” according to ex-goalkeeper Petr Cech.