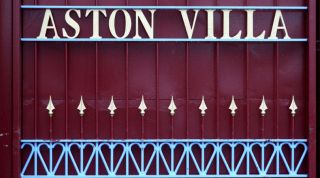 As a result, the facility will need to be relocated, with contractors O’Brien securing the brief to create nine grass pitches and one 3G pitch.

"A portion of Aston Villa’s Bodymoor Heath training ground is needed for phase one of the HS2 project," said a HS2 spokesperson.

Tony Mitchell, operations manager of O’Brien, was merely chuffed that his company had landed the contract to fix the Villans' predicament.

"We are delighted to have been chosen by Aston Villa to help relocate their new training facility," he declared.

"The HS2 scheme will have a major impact locally and on the Recon training facility, which will lose a large portion of the current training ground. The project is part of the greater plan to allow the football club to maintain existing facilities and replace those affected by HS2."

The scheduled work is expected to be completed by September, a few weeks into the 2018/19 Championship season.

Villa, who missed out on Premier League promotion after losing 1-0 to Fulham in the play-off final, will be due some compensation for the upheaval. Let's call it £100m?