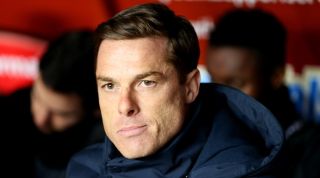 Former Fulham striker Bobby Zamora has tipped his old club for promotion this campaign, and says he is keeping his fingers crossed for friend and ex-England team-mate Scott Parker’s side.

"I still see Scotty every now and again and send him the odd text," Bobby Zamora told FourFourTwo. "The club hit a bit of a bumpy patch and the pressure was on but he’s done well to turn things around."

Fulham are currently third in the Championship, five points behind Leeds United, having recorded back to back wins over Preston and Swansea. Parker’s side had failed to win any of their previous three fixtures, falling behind in the race for automatic qualification.

With three straight fixtures against promotion rivals coming up - including a crucial showdown with Leeds on March 18 - their return to winning ways could not have come at a better time.

"The club are obviously relying on Mitro up top to score the goals and he’s doing that. He’s so important to the way they’ve been playing. He’s doing really well and I’m pleased for them."

Less impressive, though, has been Fulham’s record at the back, with Parker’s side often criticised for their defensive fragility, having conceded more than goal a game on average this campaign.

"I’d like to see them tighten up at the back a bit more," Zamora told FFT. "Maybe bring in or two more players in defence to help them out. They’re scoring goals and getting results but they could be a little better in that regard."

Bobby Zamora was speaking to FourFourTwo as a judge on the London Football Awards, due to take place on March 5 2020 at Camden’s Roundhouse. The event raises crucial funds for national charity Willow. For tickets and more info, head to londonfootballawards.org