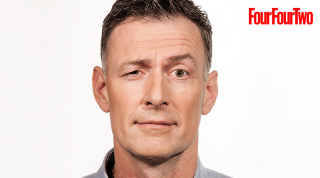 The striker, who scored 47 league goals for Blackburn and lifted the Premier League title in 1994/95, swapped Lancashire for west London following Rovers’ relegation in 1999.

But despite scoring on his second appearance for Chelsea – in a Champions League qualifier against Skonto Riga – the goal was just one of three he netted in a blue shirt, with his only league goal coming in the famous 5-0 thrashing of Manchester United.

Sutton has since admitted he could have called time on his Stamford Bridge career within weeks, but wanted to live up to his £10 million price tag.

Speaking exclusively in the February 2018 issue of FourFourTwo, he says: “Yes, Leeds tried to sign me, and in hindsight perhaps I should have gone!

“But no, I’d committed to Chelsea and nothing was about to derail me from that. I was looking forward to a long and illustrious career there but it didn’t last very long.”

It lasted only one season before Sutton headed north to Celtic, where he enjoyed a trophy-laden six campaigns at Parkhead, winning four league titles, three Scottish Cups and the League Cup, plus the SPFA Players’ Player of the Year accolade in 2003/04.

But he insists he only has himself to blame for not making an impression at Chelsea.

“I blame myself,” says the BT Sport pundit. “I don’t blame anyone else for what happened at Chelsea. I think I lost a bit of confidence. I went there for big money and this isn’t an excuse, but I'd been suffering from injuries for about six months.

“But going into that environment at Chelsea with the team-mates that I was playing with, I should have done much, much better. I didn’t start very well, lost a bit of confidence and hesitated. I had a tough time, but I don’t blame anybody else or the style of play there. It was purely down to me.”

READ THIS NEXT Sutton: A Rangers fan tried to run me over, but these things happen...

Read the full interview with Chris Sutton in the February 2018 issue of FourFourTwo magazine – a ’90s special in which we recall 90 things we loved about the decade and interview a host of icons including Fabrizio Ravanelli, Matt Le Tissier, Jorge Campos, Philippe Albert and Brian Laudrup. Plus, we look back on the Ajax side that took Europe by storm, dust off the VCR to review some football VHS ‘classics’ and hear from Jimmy Glass about his famous last-gasp goal for Carlisle. Order a copy now, and then subscribe!