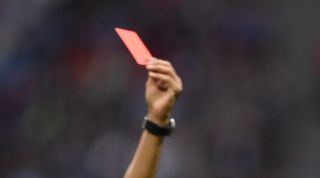 Nchalo paid the officials $20 to ensure they would win the match, according to Inside World Football, but the game finished 1-1 and their opponents Chitipa United won the contest on penalties.

But when the referees could only cobble together $15 to return to Nchalo, the fixers had the bright idea of taking their grievances to the authorities.

All four officials have since been banned for life, and there is now a case pending over Nchalo's conduct.