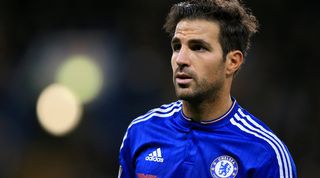 Guus Hiddink has steadied the ship at Chelsea, but there is one tactical change he has made that may prove to be his downfall this weekend. His predecessor Jose Mourinho permanently dropped Cesc Fabregas from central midfield after a series of poor defensive performances, but Hiddink has restored him to that deeper role alongside John Obi Mikel. Against Ross Barkley and Gareth Barry, this could be costly.

In his last three matches from this role – against Watford, Crystal Palace, and Sunderland – Fabregas amassed just two tackles and one interception. His positional indiscipline has been a problem all season, with Nemanja Matic frequently found scrambling across to cover the gaping holes he leaves in central midfield.

Everton's Ross Barkley has been hit and miss all campaign, largely struggling in grittier fixtures that require quicker, more intricate passing, but excelling when given space to gallop into on the counter; he might just enjoy this one. Both Leicester and Bournemouth struggled to remain compact in midfield, and as a consequence Barkley excelled (see below), completing 11 dribbles and creating two goals.

Chelsea must close out this counter-attacking threat at its source, namely Gareth Barry. It is invariably Barry’s intelligent distribution from the base of midfield that releases the ball into more dangerous – and less populated – areas of the pitch; he has been doing this consistently throughout his career, from releasing Ashley Young and James Milner during Villa’s counter-attacking years, to releasing David Silva and Yaya Toure at Manchester City.

He is the man to stop, and thus Oscar (2.3 tackles per match) must press aggressively when his team lose possession. He is generally very adept at performing in this manner, but against such a clever opponent he is unlikely to come out on top.