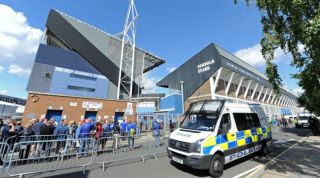 Ipswich Town have been working with the police to investigate two break-ins at the club's stadium. Both incidents occurred late on Saturday and Wednesday respectively, with the criminals helping themselves to the chairman’s personal vintage plonk.

After becoming intoxicated, they made their way downstairs, first stealing a number of plasma TVs, before heading to the kitchen for a food fight with a number of frozen cheesecakes.

A club spokesperson said: "We can confirm there have been two incidents over the last week of intrusion at the stadium. The police are aware and are investigating. We have increased our security as a matter of course."

The intruders really have taken the biscuit (base) with this one.