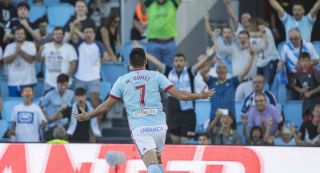 Celta’s start to the season couldn't be much worse – they're 13th in La Liga, and now the authorities have decided to punish them for having no fans.

La Liga rulings state that clubs must fill a minimum of 70% of their capacity for each home game – and perhaps more importantly, sections of the ground that appear prominently on television must be filled.

La Liga bigwigs don't want their league to be associated with empty stadiums if they are to rival the Premier League for an audience base.

With form and morale struggling, Celta have opted to reduce ticket prices ahead of their next home game against Getafe.

If only there were some fans to complain about it.