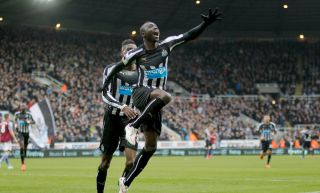 A second win for Newcastle boss John Carver, and second defeat in as many games for Tim Sherwood, in a close encounter on Tyneside.

The goal-shy Villans were made to pay for their proflgacy at St James' Park, having already fashioned 5 opportunities when Papiss Cisse struck his 11th goal of the campaign.

Christian Benteke, whose link-up with Brad Guzan was the game's top pass combination (13), saw an effort ruled out for offside, but the Midlanders have now lost seven league games on the spin.