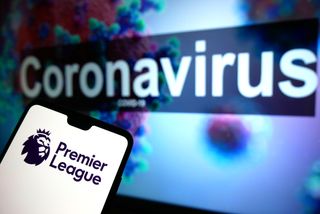 Enough. Enough of the briefs, of the whispers, and of the innuendo. The Premier League has spent the pandemic lockdown sending out test balloons, then watching and waiting while the United Kingdom reacts. It’s a public relations tactic. Release an authorless idea, then take notes as the people look and point.

“We were never actually going to…”

Broadly, this is how the league has defined its terms for Project Restart. It’s a game of trial and error, but with zero accountability for anyone involved.

When was the last time anybody heard from Richard Masters, the competition’s chief executive? Or, of the great range of quotes and comments released during this saga’s lifespan, how many of those – as a percentage – were actually attributed to someone?

Among those who are now talking publicly, how many are only doing so for the sake of establishing grounds for a legal challenge further down the line. Football has made us all cynical, but on hearing references to distorting the competitive balance – either over the fight for European places or the battle to avoid relegation – aren’t we really witnessing the careful placement of caveats? Little moments which can be called back to in a few months’ time, depending on certain outcomes and their consequences.

When Team X are denied Revenue Y, don’t they want a ‘well, we did say…’ moment with which to make an argument? On this evidence, very much so.

It’s an unedifying spectacle. Not the intention to resume football, because that’s a natural impulse and, in some cases, might even be a necessity. No, it’s the drip drop of information and the gentle exposure of all the secret agendas. And, actually, the hypocrisies.

The party line throughout this process has been that health and safety comes first. On the basis that so many players are still voicing concerns publicly – even now, in the first week of May – that claim doesn’t bear much scrutiny. If protecting players and their families from the virus had been a priority, their worries would presumably have been the basis for these plans and wouldn’t, instead, now be leaking out into the media.

At the same time, there appears in some quarters to be an attempt to capitalise on the situation. To create the conditions whereby clubs can have all of the advantages of returning to action, but without any of the potential consequences. Over the use of neutral grounds, which sound like a sensible medical precaution, Brighton & Hove Albion chief executive Paul Barber has issued a warning over the potential for lost integrity and how it might affect his club’s attempts to survive.

“We fully appreciate why playing behind closed doors is very likely to be a necessary compromise to play our remaining games".

“At this critical point in the season, playing matches in neutral venues has, in our view, potential to have a material effect on the integrity of the competition."

In response to which, of course, it’s necessary to ask what’s more important: is it health or is it football. Because if it’s the latter and the game’s need to return is being overstated, then the entire argument for this project is flawed. It’s just a few steps away from arguing over what kind of ball is used, or what kits the referees should wear.

What it demonstrates more starkly, though, is the urgent need for greater transparency. Not more conversations in smoke-filled rooms, after which secret grievances are filed with the press, but a properly unified stance which can be examined and questioned. Failing that, clubs should publish their positions on this issue, explaining what they stand behind and what they oppose. It may not hasten the game’s return, but it would at least show these organisations for what they are and chronicle what it was that they believed in during this crisis.

Because does anybody really have any idea? And isn’t that a problem?

On Sunday on social media, Gary Neville made the case for the Premier League to talk publicly. Under current conditions that would be difficult – and technologically challenging – but, logistics aside, it’s a fair request. That it’s being made is also a reflection of the frustration being felt over the communication failures to this point.

From the outside, the Premier League and its members appear to be doing everything they can to avoid accountability and scrutiny. Up and down the country, incredibly forthright executives who are ordinarily never shy have stayed consistently mute, are conversing in nothing other than nudges, winks and Chinese whispers.

Why? What is it that they’re afraid of putting their names to?