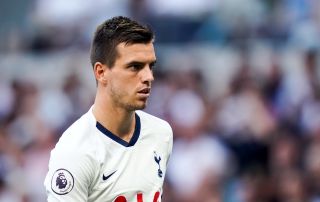 In any other season, Giovani Lo Celso would have been quite a story. Had Tottenham’s campaign not been blighted by such dysfunction, then Lo Celso’s quick adaption to English football and his growing impression upon it would be one of 2019-20’s significant anecdotes.

Alas not. Coronavirus has seen to that, but even had it not this would be a minor tale – even just within a Tottenham-specific context, where the Tanguy Ndombele saga and Jose Mourinho’s general suitability remain more potent topics of conversation.

But Lo Celso’s situation is still worth reflecting on.

In moving to England, he was confronting one of the truisms that guards the game in this country – that technique-dependant players from abroad will initially struggle, that they are always due a grace period when they arrive, and that their abilities may in any case be too fragile to survive.

That expectation exists for good reason. Even players who have ultimately became highly successful have testified as to how significant that adjustment can be. Robert Pires, for instance, recalled the prelude to his Arsenal debut with bafflement, as he watched the dizzying speed of the game from the Highbury bench.

"After 20 minutes I said to myself 'what are you doing here?' because it was very, very difficult. I remember one tackle from Patrick Vieira and I thought this football wasn't for me. It was very difficult and it is about adaptation. If you play in France, Spain or Italy it is not the same football."

The differences aren’t as pronounced as they were. European football has been on a steady course of homogenisation for some time now. But Pires’s point stands; there are material differences which demand that players make significant adjustments to the way they play.

Lo Celso should have been particularly exposed to those issues. He’s a cross-breed playmaker. One who can carry the ball dynamically from deep and into attacking positions, but who also has an well-stocked passing armoury. He can drive through a defence with the ball at his feet, but also cut lines with that knifing distribution.

Both of those skills are reliant on timing; they’re also subject to the speed and tone of a game. For a player who has moved from Spain to England – or to England from almost anywhere – that would create a significant change in working conditions. All the little judgements and predeterminations he has to make on the ball would change, as would the time available to make those decisions.

That’s without even considering the more rudimentary adjustments, such as learning to play with new teammates, for a different manager or within a new tactical system. All of which, of course, Lo Celso has to deal with too.

Another interesting vantage is to note the positional shortages that Tottenham have been coping with, and to observe the influence that Lo Celso has still managed to exert.

There have been the obvious moments, like the run which created Son Heung-min’s goal against Southampton in the FA Cup. Or the slalom up the pitch at Turf Moor, on that tedious day in Burnley.

Most recently, he produced that remarkable run down the near touchline during the home leg of the Champions League tie with RB Leipzig, carrying the ball over sixty yards at top-speed. It’s a tenuous comparison which isn’t intended literally, but the way he’s able to hold his acceleration is actually reminiscent of a young Gareth Bale. Lo Celso’s athleticism isn’t his pre-eminent attribute, but it’s startling.

Nevertheless, it’s still the more subtle moments that have been more interesting. Spurs have played with a lot of square pegs in round holes over the last three months and yet it’s been during that period, with a changing cast of teammates and precious little order, that Lo Celso’s creative expression has become more apparent.

It’s manifested in ways that have been easy to forget about, or that were lost to bad results or within games of little consequence.

The dropped ball played over the Aston Villa defence for Serge Aurier, for instance, or the backheel which presented Gedson Fernandes with an excellent chance to score in the cup game with Norwich City. Or, in the last match before football’s suspension, the chopped pass which put Ryan Sessegnon beyond the Leipzig defence in Germany and in position to create an excellent chance.

What’s been telling is not the revelation that he had those abilities – most knew that already - but that he’s shown them from within an imperfect system and often in concert with players who are peripheral or unpredictable. In other words, in combination with those who don’t have established traits which he could be expected to understand and cater to.

Most players could create chances for Harry Kane or Son Heung-min or Dele Alli. Their skillsets are so broad that that’s actually quite a mechanical process. Few, however, possess the required tools to operate on a more ad hoc basis – to just make it work, whomever they’re playing with and regardless of the opponent.

It describes a footballing intuition which seems rare. For a playmaker – in a side, remember, who have existed solely on the counter-attack for most of 2020 – it demonstrates something precious. A sharp mind, obviously, but also a range of abilities which can evidently survive a team’s lack of life.

That is what’s been so impressive about Lo Celso - and that’s without even acknowledging the more literal and physical difficulties that have been fundamental to this adaption. Those which had to be overcome in the first instance. The new language and culture, the different food and the departure of the manager – a fellow Argentinian no less - who brought him to the club in the first instance; these are all significant obstacles which, at one time or another, have stymied many careers in the past.

But not this one, seemingly. Lo Celso’s abilities remain disconnected for now and muddled up within Tottenham’s broader issues, but when greater clarity arrives and the side is properly adapted around his strengths, he has an opportunity to become one of the very best players in the Premier League.