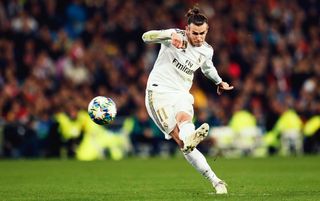 NOW TRY Quiz! Can you name the 29 players with 100+ Premier League goals?

A flurry of goals in that famous white shirt, with no less than three in Champions League finals, is certainly not to be sniffed at. But still, the Welshman divides opinion among the Spanish.

Ever since he made the move further forward up the pitch, he's been virtually unstoppable - so to celebrate his 31st birthday, we thought we'd ask you to list every side he's ever scored against.

Incredibly, there was one season where he didn't score at all (although he was a left-back at the time). He can't even blame being benched by Zinedine Zidane for that one.