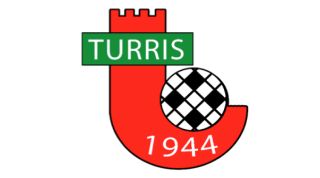 During a stoppage in Sunday's 3-3 draw, Liberti is believed to have “urinated in the direction of the away section, making absence and vulgar gestures to his genital organ”.

Turris have launched an appeal, with club president Antonio Colantonio furiously defending his player. Colantonio claims Liberti was peeing into a urinal near the away section, and not directly at the supporters.

“Our player Liberti absolutely did not do what is alleged," he said in a statement.

"Quite simply, in the warm-up area, there’s a fountain near the wall and the player – ready to come onto the pitch – was drinking and adjusting his shirt, which by regulation should be inside his shorts.

“The serious thing is that in support of this ban there is only the testimony of the assistant referee positioned on the opposite side of the pitch.

“The visiting club confirmed to us that our player did not do anything of the sort. I’m bitter about the decision of the sporting court, against which we will appeal.”

Turns out Liberti hasn't been the only one getting pissy...