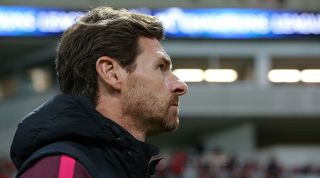 Andre Villas-Boas' Dakar Rally debut ended in the fourth stage after the former Chelsea and Tottenham manager was taken to hospital following a crash.

Villas-Boas was hospitalised on Tuesday due to back pain sustained in an accident when the Overdrive Toyota driver hit a dune during the San Juan de Marcona stage in Peru, according to reports.

"Andre was taken to the hospital with a back injury. It was unfortunate for Andre, who was making a very positive debut in the Dakar," Overdrive team director Jean-Marc Fortin was quoted as saying.

Villas-Boas surprisingly turned his attention from football to motorsport and the Dakar Rally following his departure from Chinese Super League side Shanghai SIPG.

The 40-year-old Portuguese head coach led SIPG to second in the CSL last season and the semi-finals of the AFC Champions League in his first year in charge, before being replaced by countryman Vitor Pereira.