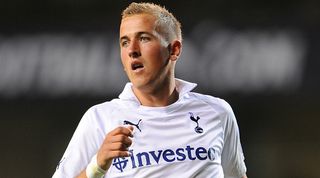 Heurelho Gomes didn't adapt quickly to English football, struggling in particular with the physical challenge inside his own six-yard box. Needless to say, Harry Redknapp took one look at the error-prone Brazilian and started looking for a contingency - and he found one in Cudicini, by then a second choice to Petr Cech at Chelsea and allowed to move across London on a free transfer.

Gomes actually greatly improved; never to the point where the mistakes were eradicated from his game, but enough to become an integral part of the side which qualified for and took part in the Champions League. Cudicini, again, remained a second choice, making only 19 league appearances in three years before moving to MLS and LA Galaxy.

Retired as of 2014, he’s currently a member of Antonio Conte’s coaching staff at Stamford Bridge.

An academy graduate, Fredericks had the misfortune of trying to break through at a time when Spurs weren’t terribly interested in their young players. He made sporadic appearances in the Europa League, but only as part of the club’s effort to eliminate themselves from the competition as early as possible.

Long-time servant, sometime club captain and thoroughly decent bloke, Dawson left Spurs in 2014. The defender was sold to Hull to take part in their annual bounce between the Premier League and Championship.

Tottenham began their elevation to their current level while Dawson was still at the club, and perhaps there is a sense that they outgrew him, but – lack of pace aside – for a long time he was one of the better English defenders in the league. His partnership with Ledley King, while admittedly not truly elite, was also the bedrock of the club’s initial, Martin Jol-led resurgence.

Currently a free agent at just 31, Bassong was released by Norwich in the summer of 2017. His Tottenham career was initially promising – he actually scored on his Premier League debut against Liverpool – but he eventually lost his place after Younes Kaboul’s return to the club.

The Cameroon international was sold to Norwich after a loan spell at Wolves and has never quite become the player he was supposed to evolve into.

Originally signed from Manchester City in 2008, Corluka spent four largely solid years at Tottenham - splitting his time between full-back and centre-half - before departing for Lokomotiv Moscow in 2012 (via a brief loan spell with Bayer Leverkusen).

Still playing and – somehow – just 31, Corluka is still at Lokomotiv, captaining the side. He has also now amassed 95 senior international caps for Croatia. Not bad for a player who is among the slowest many Tottenham fans have ever seen.

In hindsight, Townsend was probably a victim of Andre Villas-Boas’s determination to recast him as a Gareth Bale clone. It wasn’t fair. Townsend was – and remains – a good player, but one never likely to reach that level of the game. Inevitably, his final years at Spurs (before leaving for Newcastle in 2016) were spent under the critical gaze of a harsh crowd that he was never really equipped to satisfy.

A good player, but not really more than that, Townsend is currently to be found playing for Roy Hodgson at Crystal Palace.

No, he never did become the next Glenn Hoddle. He might have done, but a lack of mobility and an absence of defensive acumen negated that pure ball-striking ability. Huddlestone was a fabulous passer and a scorer of timeless goals, but someone who didn’t quite possess the breadth of abilities required in a modern midfielder.

Perhaps that’s unfair, though. Huddlestone was repeatedly cut down by injury, his ankles in particular causing all manner of issues, and he was starved of continuity at a critical point of his career.

He left Tottenham in 2013 to join Hull, moving again in the summer of 2017 to rejoin his first club Derby.

At his very best, Livermore was a strong, nullifying presence in midfield. However, in his time at Tottenham he was stuck behind a queue of more rounded and talented players. He was never likely to be picked ahead of Luka Modric, wasn’t able to challenge Scott Parker either, and even Tom Huddlestone was often preferred (when fit) by Harry Redknapp.

Another player who joined Hull in 2014, after an initial loan spell. He has since moved to West Brom and, rightly given his good form, earned senior international caps for England.

For a time, Carroll looked like a really good player. Although slight and possessing the stature of a cherubic choirboy, he was still a fabulous passer and became a trusted substitute under Andre Villas-Boas.

Ultimately, he would never make a compelling enough case for his inclusion ahead of other players, though, and is another on this list who excelled only in a very narrow part of the game. He was sold to Swansea in January 2017, where he has established himself as a Premier League regular - albeit in a team who are now almost certainly destined for the Football League.

A funny player. The Russian spent four years at White Hart Lane (2008 to 2012), apparently without learning any English, and left with nobody quite sure of just how good he actually was. Occasionally brilliant – very occasionally – but more often surly and difficult to read, he was a hold over from the Damien Comolli/Juande Ramos chaos and never entirely trusted by Redknapp.

He scored 42 times for Tottenham - the finest coming against Wolves and Young Boys - before returning to Russia with Lokomotiv Moscow. Now 36, he’s still playing - although currently a free agent - and ended his international career having won 51 caps for his country.

This wasn’t any sort of beginning for Kane. He was a Europa League regular throughout 2011/12, but there was never a sense that those minutes were aimed at Premier League preparation. To Redknapp, to Villas-Boas - and actually to much of the fanbase - he was an afterthought. A player who scored a lot of youth goals, but who didn’t really pass the eye test in regards to having the right build, touch or pace.

Knowing what we do now, it’s tempting to castigate both former coaches and see their overlooking of Kane as a symptom of football’s wider indifference towards youth players. That’s not really fair though. It’s an exaggeration to say that he grew from nowhere, or to pretend that with enough patience even the most awkward-looking forward can grow into a Ballon d’Or candidate – but it’s equally disingenuous to claim that either Villas-Boas or Redknapp should have known better.

In 2018, Kane is Tottenham’s most important player, their highest scorer of the Premier League era and is – right now as you read this – scoring goals against someone, somewhere.

By then in his second spell at the club, having moved to Portsmouth and back inside two years, Kaboul rose to become one of the finest centre-backs in the Premier League.

Or he almost did. The injury he sustained in Andre Villas-Boas’s first game as manager (against Newcastle) permanently derailed his career. He returned over a year later and showed hints of his previous form, but the protracted absence caused a regression in his game and, despite relatively successful spells at Sunderland and Watford (his current club), he never again played with anything like the same athleticism or authority.

In a way, sad: Kaboul’s best was once very good indeed.

Harry Redknapp jokes aside, Kranjcar was a superb footballer. Finding a starting place for him always proved difficult, though: he was never quite in Luka Modric's weight class as a central midfielder and he lacked the pace to challenge either Gareth Bale or Aaron Lennon for a position out wide.

He left Tottenham in 2012, at which point his career became rather nomadic. A move to Dynamo Kiev was followed swiftly by a two-year loan to QPR and a spell with the reformed New York Cosmos. Still only 33 (how?), he’s been with Rangers in Scotland for the past two seasons.

A late substitute against Hearts (in place of Jake Livermore), this ultimately proved to be Nicholson's only Tottenham appearance. He was released in 2013 and began a slide into non-league football, where he spent brief spells with St Albans, AFC Wimbledon and Hayes & Yeading.

Now 25, the midfielder is currently out of football, having last appeared in the Isthmian League (South) for Walton Casuals.

Where are they now? Tottenham's 1999 Worthington Cup winners

Because of what’s followed, it’s easy to forget just how successful Redknapp was at Spurs. At the end of the 2011/12 he lost his job, but he was partly a victim of his own achievement.

Tottenham finished fourth that season, but were denied a Champions League place by Chelsea’s win over Bayern Munich - and that really created the conditions for Redknapp, who had been angling for a new contract, to depart.

He spent three years at QPR, managed the Jordanian national team for two games and was last spotted briefly saving Birmingham, then trying to make sense of a messy situation at the club, before being relieved of his duties in September 2017.