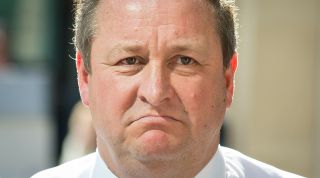 Everybody knows this person: they get paid on the same day as you, they’re on more or less the same wage, and yet they never seem to have any money. They’re the person who always has a phone call to make when the bill comes and who can never be found when there’s a round to buy.

This summer – again – Newcastle United have remembered to leave their wallet at home. Again, though, nobody is buying their faux self-admonishment or promises to pay next time.

The current transfer window in its shortened form will close in just under two weeks. The overall impact has had a sharpening effect on the collective senses, with most sporting directors getting their business done early in an attempt to avoid the inevitable last-minute panic. Liverpool have been bold and decisive, Arsenal had all of their deals concluded before the end of the World Cup and even newcomers Fulham have been willing to throw some heavy punches.

It’s different. The gambling mentality which helped popularise Deadline Day seems to have been replaced by a determination not to get caught short. While previously the first few fixtures of a new season could help to shape any late plans, now clubs will only be as equipped as their pre-season planning allows them to be. That seems to have created an urgency; there are very few sides left in the division who wouldn’t be ready to start the season tomorrow.

Newcastle are not. Of course they’re not.

In an era of great change, with football’s plates in perpetual shift and its revenues booming, Mike Ashley remains a constant. Newcastle supporters have spent over a decade seething over the club’s stasis and recoiling from the melanomas of Ashleyism, but this isn’t just an issue of ambition – in the broader sense, to neutrals and fans alike, Newcastle are a question without an answer.

Without dwelling on the footballing specifics, this summer began for them as many others have done: with obvious weaknesses in a squad which needed improving.

Since relegation in 2016, Rafael Benitez has enabled a modest group of players to achieve beyond their means and, to that extent, survival last season – comfortably – was a triumph. The unwillingness to build on it is baffling, as is the refusal to learn from past mistakes.

If it’s accepted that all owners are more concerned about the value of their asset rather than the performance of their club, it’s still confusing as to why, with so many caveats still fresh in the mind, Newcastle continue to play fast and loose with their Premier League status.

It’s the contradiction which lies right at the heart of Ashley’s ownership. He is assumed to be one of a new breed, the kind of owner who isn’t concerned with silverware and league placing, but who is a slave to the sugar rush of the broadcasting contract.

From a business perspective, that makes sense. It’s odiously modern and deplorable, but it’s a logic simple to comprehend. It’s also a suspicion reinforced by almost every initiative he has undertaken: the gaudy branding of St James’ Park, the selling of press access and the annual deference to cash over taste on the first-team shirt. The implication is clear: money matters more than anything else.

Yet many of the secondary decisions which are made demonstrate a brazen disregard for that same precious revenue.

Prior to Benitez’s appointment, the club’s managerial recruitment strategy seemed to maximise the risk of relegation. Similarly, it’s well known that Newcastle’s transfer record hasn’t been broken since 2005 – £16m for Michael Owen – and that too, while supporting the notion that Ashley is just a simple penny-pincher, suggests indifference towards the many established imperatives which govern contemporary survival.

Buying expensive players may be anathema to those with a lead wallet, but it doesn’t take any advanced business acumen to calculate the money which can be made. As the recent deal between Everton and Watford for Richarlison has demonstrated, football has completely lost its sense of value. In 2018, a £20m player can double or even triple in value within half a good season.

But Newcastle remain a bottom-feeder. At the time of writing, centre-back Fabian Schar and forward Yoshinori Muto are close to joining for a collective £12m, but that remains a relative pittance. Both are good players – Muto might potentially be a very good one – but the context in which they’ve been signed is not flattering.

Brighton have spent nearly £60m in trying to consolidate their top-flight status, Huddersfield have committed almost £50m towards another survival attempt and even Fulham, who could be forgiven for treading gently after promotion, have broken their transfer record. Come the end of the month, they will likely also have invested over £50m – including a deal for Newcastle’s Aleksandar Mitrovic, which is currently being haggled over by the Magpies for the sum of £2m.

None of those clubs are spending with any guarantees. In nine months’ time, any one of them could be heading back towards the Football League.

But they aren’t parting with their gold for the sake of some doomed pursuit of glory. Instead, they recognise the climate of competition around them – they understand that, forgetting their football aspirations, the most effective way of protecting their clubs’ value is for them to become long-term occupants within the Premier League.

Mike Ashley is not John Hall or Jack Walker. He likely never had any intention of being anything more than he is. What is that, though? All plausible explanations for his motive are defeated by the recognition that, really, he approaches each and every season with disregard for how the team may perform during it, and apparent indifference towards the financial consequences which it may bring.

Seemingly, it’s a complacency which will never die. It’s survived two relegations, countless dismal seasons and, over time, the pollution of the very brand which he is assumed to be determinedly monetising.

That clearly doesn’t serve the Newcastle fanbase, of course, but then neither does it seem to suit his best interests either. It’s been like this for 11 years. It’s a period of the club’s history which has been acrimonious, occasionally even nakedly hostile, but perhaps more than anything else, it’s been one long exercise in self-defeat.

Maybe the most damning assessment of Ashley is that he’s not even a particularly effective villain. He’s like the antagonists found in children’s cartoons: so loyal to his own nihilism that he’s forgotten the reason for his own existence.