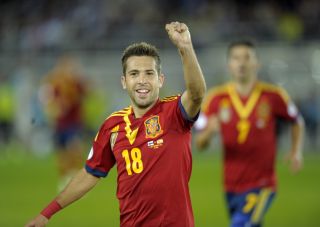 The 24-year-old defender has been out of action since sustaining a hamstring injury in Barca's 3-2 win over Sevilla in mid-September.

Alba broke down again in training on Thursday as he edged closer to a competitive return, this time with a similar injury to his other leg.

The latest setback rules Alba out of the first 'El Clasico' of the season at Camp Nou on October 26, as well as upcoming games home and away against Milan in the UEFA Champions League.

The Spain international has made five appearances in all competitions this season.