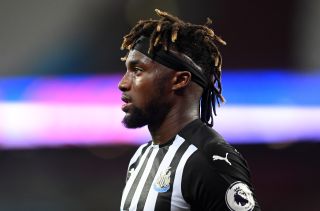 The Frenchman has sat out the last three games with an ankle injury, but has returned to training and is expected to be available, although Jamaal Lascelles (hamstring) and Emil Krafth (hip) are both doubts.

Burnley are without Matthew Lowton after the full-back suffered an ankle injury in a Raheem Sterling challenge during the Carabao Cup defeat to Manchester City on Wednesday.

James Tarkowski should make his first league start of the season after a toe injury and Ashley Barnes is in contention after ending a nine-month absence against City following hernia surgery.