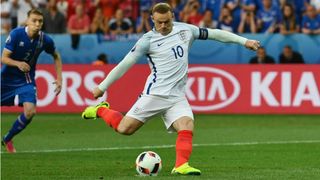 Jose Mourinho will have a considerable influence over Wayne Rooney's international future, according to newly installed England boss Sam Allardyce.

Rooney, England's record goalscorer, was deployed in a midfield role during Euro 2016 after successfully switching to the deeper position during the closing weeks of last season under Louis van Gaal at Old Trafford.

It was a tactical move that yielded mixed results, with Rooney initially impressive before turning in a wretched display as minnows Iceland sent England tumbling to a last-16 exit.

Mourinho was appointed as Van Gaal's successor at United and insisted the 30-year-old will revert to a more familiar attacking role this season and Allardyce, who refused to give assurances that Rooney would continue as England captain, will take his cues from his Portuguese friend.

"I think Wayne Rooney still has a massive place to play in the England side," he told reporters.

"I don't know until that [I see club form] with anybody, let alone Wayne Rooney. I hope there are standout players all over the place when the Premier League starts.

"I hope it's a hugely difficult task for me to pick my first squad because everybody is on really good form and playing exceptionally well."

Mourinho said last week he would do all he could to help Allardyce in his new role by having United's England players in prime condition to represent their country, and the 61-year-old veteran of 467 Premier League matches hopes to build constructive relationships with his colleagues across the top flight.

"We've got to try and help each other if we possibly can," said Allardyce, who will lead England for the first time in a World Cup qualifier against Slovakia on September 4.

"It won't always be the case, the demands on Premier League managers and demand on me as England manager is bound to cause some conflict down the line because the pressures are far greater than ever before.

"So they are bound to want to protect their players and that is what I have to try and overcome with a little bit of give and take, hopefully."