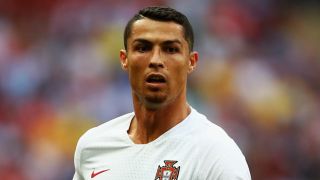 Ronaldo, 33, will have little time to gel with his new team-mates after sitting out the club's pre-season tour of the United States in order to recover from the World Cup.

He is instead due to join the squad upon their return to Turin, leaving Allegri with only training sessions to integrate the forward.

The Bianconeri boss declined to reveal his tactical plans for the Portugal star when quizzed on his best position, insisting only that adapting would be no problem for the Champions League's all-time top scorer.

"Ronaldo will play where he has always played, in the front third," Allegri told reporters after Juve's 2-0 friendly win over Bayern Munich.

"And he will score goals as he always has."

Ronaldo's first Juve appearance is likely to come in the traditional friendly against the club's youth team on August 12.