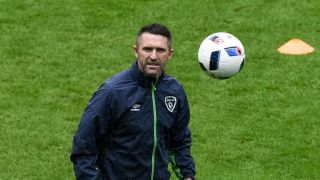 Brisbane Roar head coach John Aloisi has ruled his club out of the race to signs Robbie Keane.

Former Republic of Ireland international Keane has been heavily linked with a move to the A-League after leaving LA Galaxy, with Western Sydney Wanderers and Melbourne Victory also reportedly in the running for his signature.

But Aloisi, who played alongside Keane at Coventry City, insists side will not be able to firm up any interest in the 36-year-old.

"I said [last week] I hadn't spoken to him," he told a news conference.

"I haven't spoken to the owners, but we won't be pursuing him..

"We'd love to [he's a] top player, and I think he'll be great for the A-League if someone does get him, but we won't be able to get him."