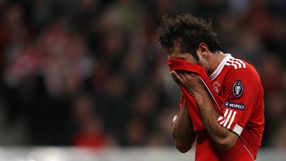 Bayern Munich midfielder Hamit Altintop is doubtful for their league game against Eintracht Frankfurt on Saturday after missing training on Thursday with a back injury.

The champions said while the Turkey international might not be included in the squad, captain Mark van Bommel was likely to come back after returning to training this week following a six-week injury absence.

League leaders Borussia Dortmund may have to go in search of their 12th win in 14 games against bottom-placed Borussia Moenchengladbach without the club's top scorer Lucas Barrios, who is nursing a minor hip injury and had to skip training on Wednesday.

The Paraguay international, who has scored seven goals in 13 games, only completed part of the training session on Thursday.

Gladbach will be missing several defensive players and will have to put together a makeshift back line against Dortmund, who have notched 31 goals so far this season.

"This is an exceptional situation which I have never witnessed before," Gladbach coach Michael Frontzeck told reporters. "You always have some players injured but it is highly unusual that all of them are defenders."

Gladbach are without Roel Brouwers, Dante, Jean-Sebastien Jaures, Bernhard Janeczek, Tony Jantschke and Christian Dorda while Bamba Anderson and Marcel Meeuwis, who only returned to training on Thursday, are doubtful.