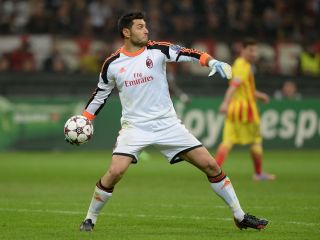 The 31-year-old has featured just twice for the struggling San Siro outfit this season, but has not made a single Serie A appearance, with Christian Abbiati preferred between the posts.

And his continued omission appears to have driven Amelia to the exit door, revealing on Twitter that he had spoken to club vice-president Adriano Galliano about securing a move away.

He posted: "I asked to Dr. Galliani to let me go away, with great regret, but after the last few months is the best solution for everybody!"